Why cannabis works so well for PTSD 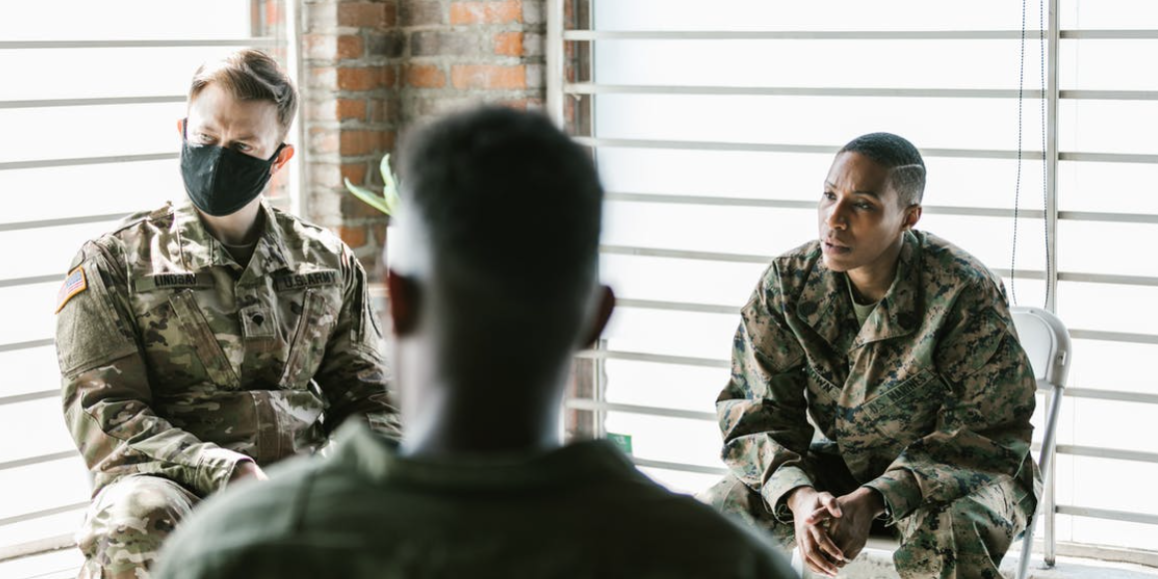 Cannabis is a fairly popular medicine among veterans struggling with post-traumatic stress disorder (PTSD). In fact, there’s enough substantial evidence out there that PTSD is often a qualifying condition in many states’ medical programs.

But why does cannabis works so well for PTSD? How does it interact with the brain and body in a manner to help relieve this form of anxiety?

Throughout this article, we’re going to take a deeper look at PTSD and the studies that reveal how cannabis has helped. At the end, we’ll give some advice for newcomers at what the best options are when it comes to cannabis for PTSD.

What is PTSD and How Does It Affect You?

Post-traumatic stress disorder (PTSD) is a form of anxiety that develops after someone experiences a traumatic (shocking, scary, or dangerous) event. Naturally, most people recover from traumatic events, with anxiety symptoms only lasting for the duration of the event and maybe some time afterward. However, people with PTSD are unable to shake off these symptoms. ¹

Sometimes symptoms begin early (within 3 months of a traumatic experience) and sometimes they start much later (1 year afterward). Regardless of the timespan, PTSD symptoms are often characterized by vivid flashbacks and distressing nightmares concerning the traumatic event.

In many cases, there is usually a trigger for PTSD symptoms. For example, if you were in a car accident where a red car hit you, it’s likely you’ll develop a fearful response whenever you see red cars.

Furthermore, it’s difficult to determine what is considered a traumatic event and what isn’t. This is due to the fact that people react to trauma differently – therefore, what’s traumatic to one person may not be to another. In fact, one study found that PTSD may be overdiagnosed and in turn, many out there are being treated for it when they may have some other form of anxiety. ²

How Does Fear Operate in the Brain and Body?

When we’re initially met with fear, we’re usually met with the fight-or-flight response. A natural occurrence where our brain and body decide to either fight or run away from threatening stimuli. Through this response, we’re likely to be met with the following changes: ³

This response first occurs in the amygdala – a bundle of neurons that’s a part of the limbic system. From there, the amygdala signals the hypothalamus in order to activate the pituitary gland in our nervous system. This causes an endocrine (or hormonal) response throughout the rest of our body. ⁴ ⁵

Through this systematic occurrence of events, we’re given doses of adrenaline which will cause us to either fight or flight. This adrenaline is the sole reason our body has the above-mentioned reaction and such a reaction allows us a better chance against threatening stimuli. It’s a reaction that has helped all living beings survive throughout time.

Unfortunately, some people have this reaction when there technically is no threatening stimuli – as observed in those who struggle with PTSD. While there may be a reason for the reaction (i.e. a trigger like the red car as exampled above), more often than not, this reason is unwarranted.

How Does Cannabis Interact With Our Fear Response?

In order to relieve symptoms of PTSD, it’s important to reduce this bodily reaction. Luckily, cannabinoids like tetrahydrocannabinol (THC) and cannabidiol (CBD) may play a crucial role in just that. ⁶

Since THC targets those same receptors, it “signals” an emotional reaction throughout the rest of our body (as observed above) that either relieves anxiety or causes paranoia. What determines which reaction you experience depends on a number of factors, from previous cannabis experience, dosage, and your overall personality. ⁷

This is why cannabis can induce anxiety in some while relieving it in others. Though, it should be noted that we need more research to fully understand this process.

Most researchers agree that THC can have an anxiolytic effect when consumed at low dosages. Some studies have observed that THC can even deliver on its medicinal value when it doesn’t cause a psychoactive reaction.

However, due to the psychoactivity, some prefer treating PTSD with non-psychoactive cannabinoids, such as CBD, cannabigerol (CBG), or cannabinol (CBN). In particular, CBD has a way of balancing out our endocannabinoid system (ECS) – a network of chemical signals and cellular receptors that are responsible for a number of bodily functions, such as learning and memory, emotional processing, pain control, and sleep. ⁸

A recent study discovered that one-third of people who use medical marijuana in states where it’s legal cite PTSD and their qualifying condition – making it a very important condition for cannabis. ⁹

However, there’s been such a lack of research concerning cannabis and PTSD that we can’t conclude whether or not it’s beneficial (or harmful). As of right now, we know the following:

What Cannabis Products are Best for PTSD?

From the research we’ve gathered, CBD products have had some of the best results in reducing CBD symptoms. This is likely due to the fact that it doesn’t cause psychoactivity and, therefore, there is no risk of inducing paranoia.

If you’d like to give CBD a try, we highly recommend an ingestible (i.e. tinctures/oils, gummies, other edibles) as they tend to last the longest period of time (around 6 hours). These are likely to be more beneficial for those looking to reduce PTSD symptoms throughout the day.

However, if you’d prefer to try THC, we recommend smoking indica flower at night. Indica is known for its sedating effects and has been found useful for those with insomnia. Furthermore, some research suggests it may be able to help reduce nightmares. ¹⁵

⁵ InformedHealth.org [Internet]. How does the pituitary gland work? https://www.ncbi.nlm.nih.gov/books/NBK279389/

¹⁰ frontiers in Neuroscience: Cannabidiol as a Therapeutic Alternative for Post-traumatic Stress Disorder: From Bench Research to Confirmation in Human Trials: https://www.ncbi.nlm.nih.gov/pmc/articles/PMC6066583/

¹² The Permanente Journal: Effectiveness of Cannabidiol Oil for Pediatric Anxiety and Insomnia as Part of Posttraumatic Stress Disorder: A Case Report: https://www.ncbi.nlm.nih.gov/pmc/articles/PMC5101100/

¹³ Journal of Alternative and Complementary Medicine: Cannabidiol in the Treatment of Post-Traumatic Stress Disorder: A Case Series: https://www.ncbi.nlm.nih.gov/pmc/articles/PMC6482919/